The Novo digital cinema camera, co-created by Radiant Images to remove the cinematic limitations of the GoPro Hero3 for professional filmmakers, is the recipient of the 21st Annual Mario Award given by TV Technology magazine.

Organized in 1993, the Mario Awards were established to recognize developers whose products represent significant technical breakthroughs – many of these products have gone on to significantly impact the future of video technology. The awards are named after Mario Orazio, a pseudonym for a nameless engineer and a renowned technology columnist for TV Technology who pens the industry’s most widely read column “The Masked Engineer.”

The awards are given out annually at the NAB convention to companies that demonstrate forward thinking and technical excellence in their products.

“Mario scours the NAB show floor for the 10 most innovative products that represent the pinnacle of technical achievement. We are proud to present these awards on behalf of the ‘Masked Engineer,’” said TV Technology Editor-in-Chief Tom Butts.

TV Technology (www.tvtechnology.com) is the industry’s leading magazine for technology news and reviews and is celebrating its 30th year covering the television industry. The magazine is published by NewBay Media LLC, the world’s largest publisher of audio and video publications.

“We are honored that our Novo has been recognized for this coveted award,” said Michael Mansouri, co-founder of Radiant Images, an L.A.-based rental house and digital cinema innovator. “We were able to act quickly following the release of the GoPro Hero3 to come up with a solution for cinematographers who were enamored by the small form factor possibilities of the Hero3, but felt held back cinematically. With the Novo, those limits are gone.”

Radiant Images collaborated on the design and function of the palm-sized Novo with co-creator View Factor Studios. The Novo is available for rent only, exclusively at Radiant Images in the U.S. and through its rental partner in Europe, P+S Technik.

Key features of the Novo include a C-mount lens system plus a PL mount adapter, back focus adjustment, and exposure control capabilities that open up a wide-range of artistic possibilities for cinematographers and camera operators. The auto exposure function standard with the GoPro can be disabled on the Novo, permitting cinematographers to use the lens to manually adjust the aperture.

The Novo (www.novocamera.com) offers these enhanced cinematic features while also retaining the GoPro Hero3: Black Edition’s key functionality and accessories, such as the LCD touch screen, power backpack and WiFi connectivity for wireless camera control. Like the GoPro, the Novo shoots cinema-quality 2K and 4K resolution.

“Our goal is to help cinematographers achieve their vision without compromise,” Mansouri said. “The Novo is an important new tool for that purpose.”

Released in late February and officially unveiled last week at NAB, the tiny Novo already is showing up on the sets of action films and TV programs. Among those projects, Radiant Images is supplying the Novo to Cinematographer Shane Hurlbut for DreamWorks’ highly-anticipated racing video-game adaptation Need For Speed, scheduled for release next March.

The Novo’s lightweight aluminum housing is 20 percent thinner than the GoPro Hero3, fits into the palm of a hand, and includes three bottom and two front 1/4-20 mounting points. Also, four buttons on the front (REC, PWR, WiFi & AUX) are assignable to several functions depending on the application. The Aux button turns the auto exposure on/off, but can also be utilized for other functions, such as digital zoom.

Radiant Images continues to release new wireless systems and other accessories for the Novo. An underwater housing and crash housing are in development, Mansouri said. 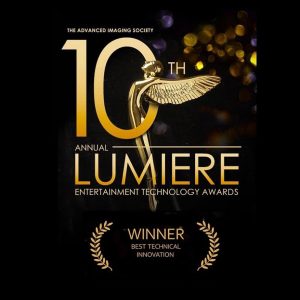 September 25, 2019
Radiant Images, soon to be a division of Hawkeye Systems, has received the prestigious Lumiere Award from the Advanced Imaging Society. Previous Lumiere winners include tech giants and creative leaders,
Read More 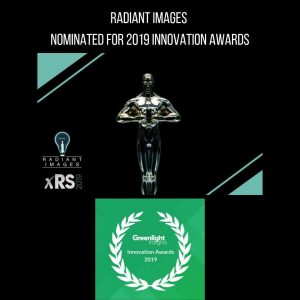 * Some images on this page may be edited to show potential applications.